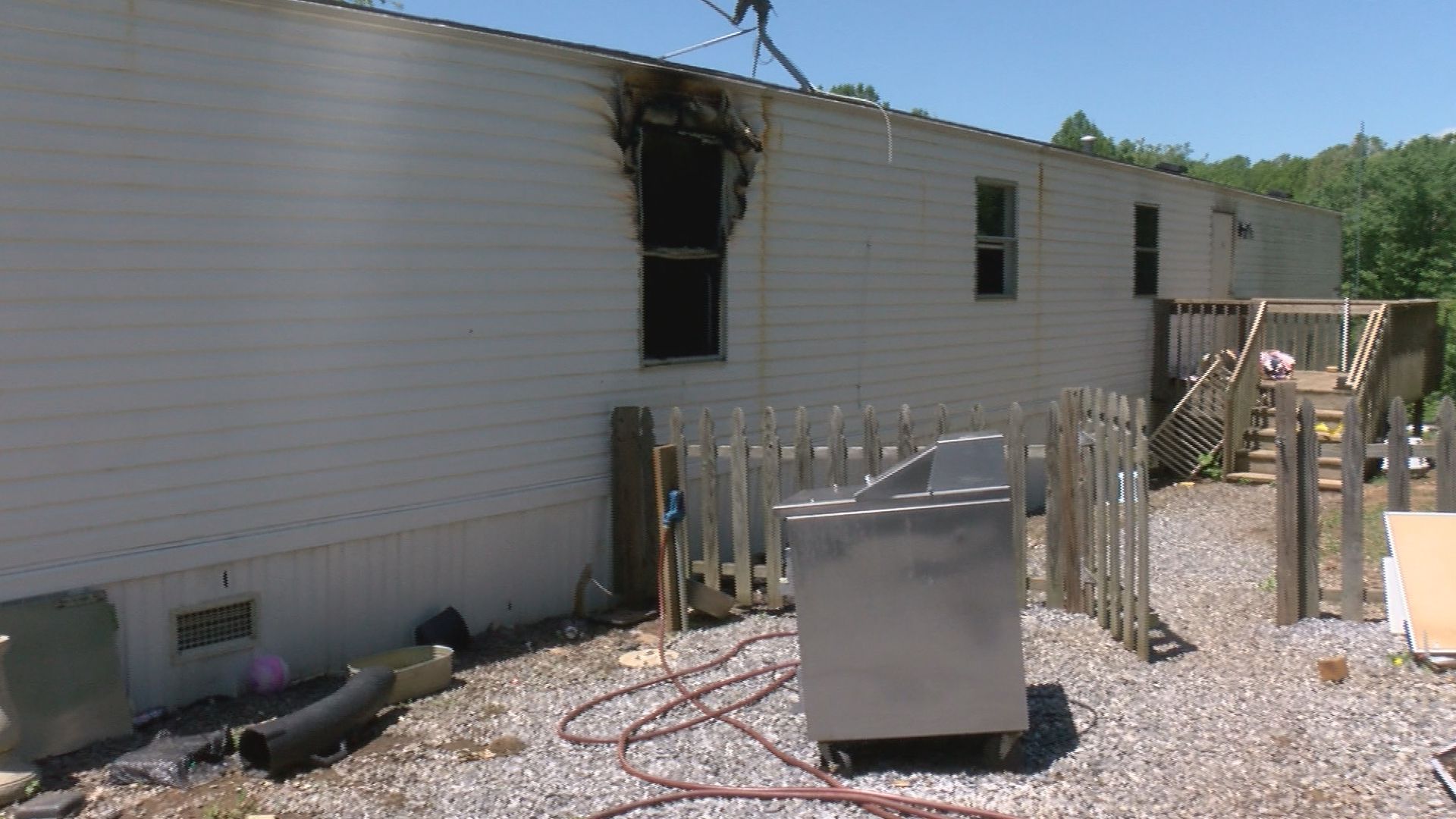 “I ran over to their bedroom window at the end. That hole in the glass, that was me. That’s where I just dove through the window,” said James Brannon, recounting how he tried to help rescue his lifelong friend and his friend’s fiance from their burning mobile home.

Loud noises alerted Brannon to the fire around 1 a.m.

“I kept hearing, it sounded like, somebody slamming a door or glass breaking,” said Brannon.

He did everything he could to save his lifelong friend and his friend’s fiance.

“I grabbed her by the head and I just started shaking her, hollering, ‘Wake up! The house is burning! Wake up!’” Brannon said, recalling finding his friend’s fiance in bed after he broke through the window.

When she didn’t immediately wake up, he ran outside to fight the fire with a garden hose.

He went in and out a few more times, continuing to spray water on the fire, before he was able to get back to his friend’s fiance.

“She had evidently woke up and flipped off the bed, which is probably good. I couldn’t feel anything but her head, so I grabbed her head and yanked her forward. That’s when I could feel her arms. You couldn’t see. Everything was jet black, you couldn’t see anything,” Brannon said.

“I felt her arms, so I grabbed her arms, telling her, ‘C’mon. You need to help me. I can’t carry you, c’mon. She started coughing, gagging, from the smoke. I just jumped up, grabbed her arms, and took off with her and drug her, face down, out the hallway through the fire and out the front door.”

A short time later, firefighters arrived and stopped him from going back in to save his friend – who was eventually found under some clothes.

On top was one of Brannon’s dogs.

“The dog was trying to protect him. You could tell the dog couldn’t get out,” said Brannon.

The dog survived, but one of Brannon’s cats was not so lucky.

“’All the times you went into the house did you ever think you were going to die?’ I never really thought about it,” Brannon said.

The cause of the fire remained under investigation Thursday night.

The names of the man who died and his fiance had not been released.

One person is dead and another person was airlifted after an early-morning house fire in Franklin County.

Authorities say the fire happened around 1:09 a.m. at 248 Lovell Lane in the Snow Creek community of Franklin County.

When crews arrived, they say residents of the home were trapped. One person is dead, and another was airlifted to Wake Forest University in Winston-Salem, North Carolina.

The name of the victim has not yet been released as family are still being notified.

Struggle to keep apart on subway

How the F.D.A. Stood Up to the President

Alyssa Farah, the White House communications director, said, “The White House has always encouraged the F.D.A. to follow the science

Antibody Treatments, Though Promising, Will Be in Short Supply

Any cookies that may not be particularly necessary for the website to function and is used specifically to collect user personal data via analytics, ads, other embedded contents are termed as non-necessary cookies. It is mandatory to procure user consent prior to running these cookies on your website.